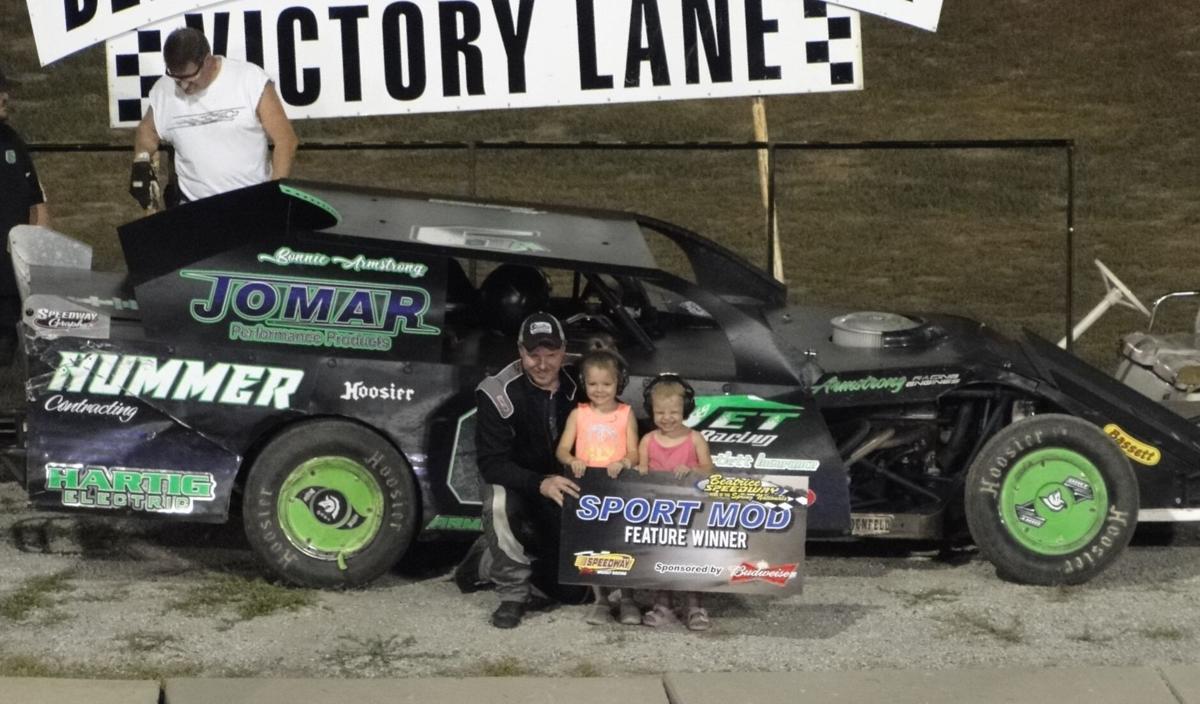 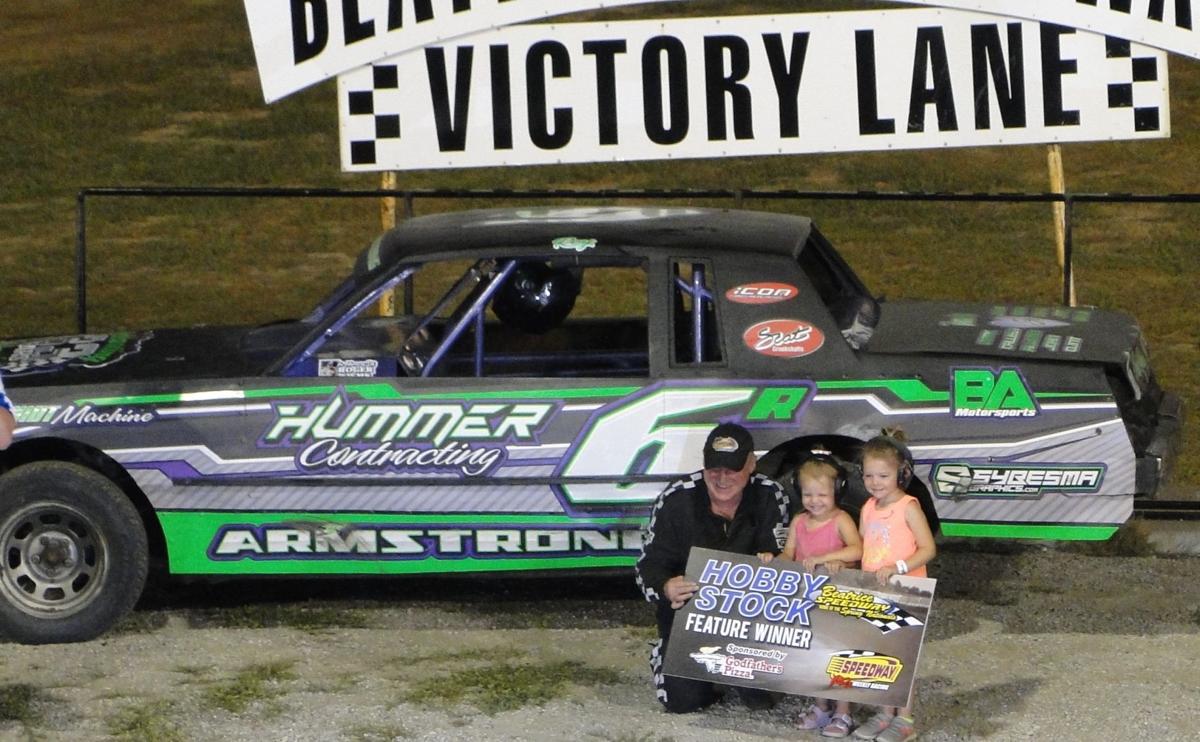 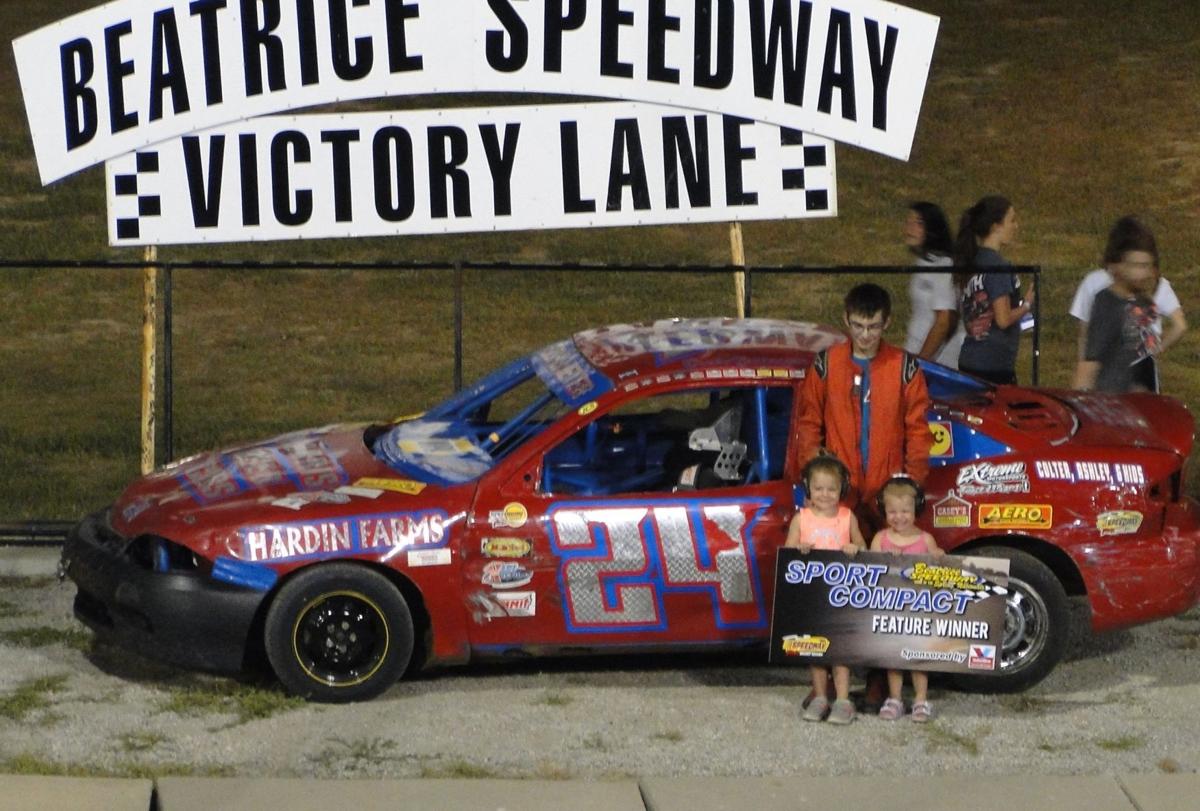 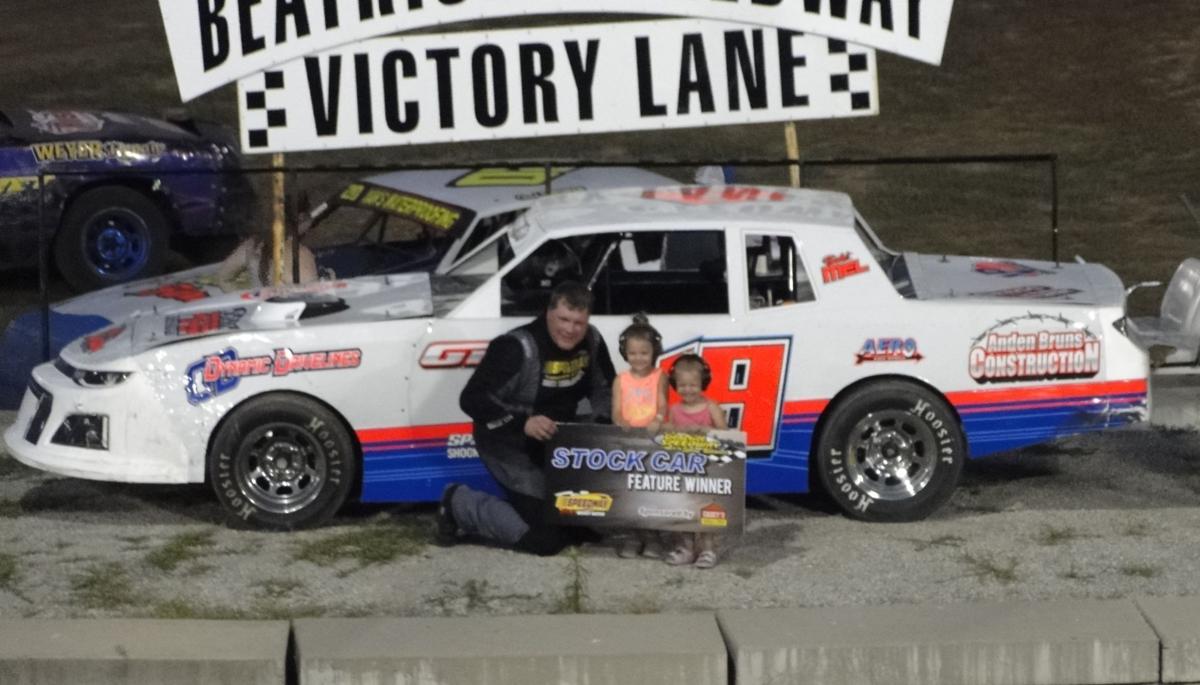 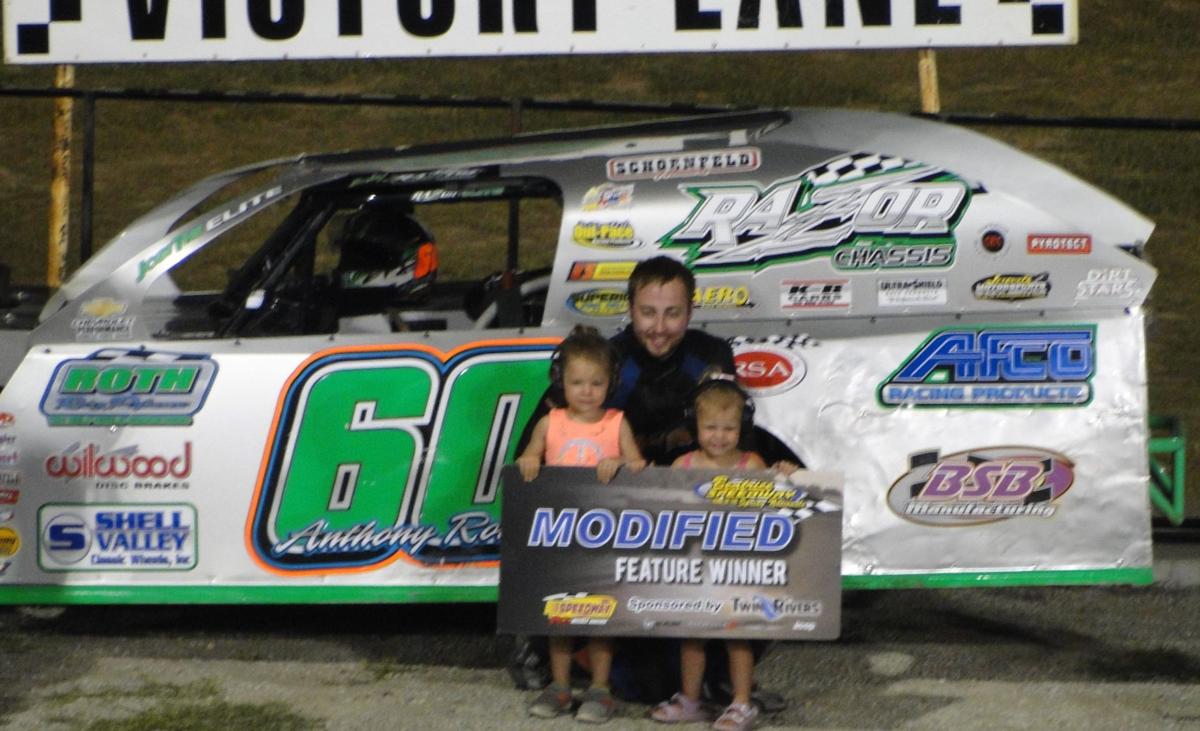 Beatrice natives won all but one A Feature Friday night at Beatrice Speedway.

Kyle Vanover claimed the checkered flag in the Stock Car A Feature while Drake Bohlmeyer was victorious in the Sports Compact A Feature.

The one non-Beatrice native to win on Friday was Anthony Roth of Columbus, who won in the Modified A Feature.

Kyle Vanover and Eric Weyer ledd them out of turn four with John Meyer, Eric Bartels and Dusty Blake behind. Vanover quickly took the lead with Bartels right behind and Meyer and Blake battling for the third spot.

On the second lap, Blake took the third spot. On lap four, Jesse Perez brought out the caution when he spun in turn four. Vanover brought them out of turn four with Bartels, Blake and Meyer right behind.

On lap five, the caution came out for Perez and Tanner Hauger when they got together and spun. Then the red flag was brought out when Hauger needed medical attention.

After a short delay, the race resumed and Vanover brought them out of turn four with Bartels, Blake and Meyer all right behind. Bartels and Blake battled for the next several laps for the second spot.

Bartels hung onto the second spot while Vanover built up a several car-length lead and got the win.

With six laps to go, the caution was brought out by Martindale when he spun in turn three. Armstrong led them out of turn four with Borgman and Rohr right behind, but Armstrong held off Borgman for the win.

Jeff Watts and Austin Nouzouksky led them out of turn four. Watts quickly took the lead with Nouzouksky, Neil Pella and Ryan Gilland right behind. On lap two, Watts spun in turn four and collected Nouzouksky, bringing the caution out.

Armstrong took the lead on the front stretch, Richards took the second spot and Borgman took the fourth spot. Richards tried to get around Armstrong, but Armstrong held onto the lead.

Borgman took the third spot and Gilland took the fourth spot. Richards stayed right behind Armstrong with hopes of getting around him, but Armstrong held him off for the win.

Kaden Murray and Shaye Howe led them out of turn four and Murray took the lead with Howe right behind. Nathan Wahlstrom, Joshua Young, Justin Brown and Josh Black all battled for positions.

Drake Bohlmeyer made his way up through the pack and took the third spot on lap five with Black in the fourth spot. Wahlstrom, Lindblad, Bohlmeyer and Black was the order for the remainder of the race until the last two laps when Lindblad tried to get around Wahlstrom but couldn’t.

As they battled for position, Bohlmeyer went to the bottom and took the lead. Lindblad gets around Wahlstrom for the second spot. Bohlmeyer held off Lindblad for the win.

The caution came out for Spanjer when he got high going into turns one and two and tagged the wall. Johnny Saathoff led them out of turn four with Brown, Anthony Roth, Smith, Jordan Grabouski and Tim Ward right behind.

With six laps to go, Ward took the fourth spot. Roth had built up a several car-length lead on Grabouski and got the win.

Danica Badura made back-to-back birdies, the second of which came on the 18th hole, to edge Lindsey Thiele and claim her third "major" win this summer.