It sounds like the title of an old Sci-Fi movie. Beatrice is not under attack from snapping turtles, but quite a few have been showing up around town, and in a few unlikely places, like at 17th and Grant, behind Playa Azul, near McDonald’s on 6th Street and at Veterans Park, according to reports I’ve received.

Flood waters are the primary cause for movement of these turtles. Snapping turtles are generally found in water habitats including stagnate ponds and slow moving rivers. Most often, you see them sunning themselves along a bank or on a log. However, local flood waters covered most of their sunning spots and have been flowing along at a pretty good clip…that makes it hard to find something to eat. So, they are on the move looking for something to eat and a place to rest.

Another reason turtles are on the move is due to their annual mating cycle. They will mate from April through November, with their peak laying season in June and July. These turtles travel extensively over land to reach new habitats or to lay eggs. Males are out looking to challenge other males. Females are looking for good nesting spots.

An adult female common snapping turtle can have a shell 20 to 24 inches long and weigh up to 35 pounds. I found one listing of a record 76 pound snapper that was found in Nebraska. They are good sized critters! There shell color ranges from brown to green to black in color. A lot of times you can’t tell a true color because the shell is covered with moss.

It has a long, flexible neck that can move quickly. Their jaws are strong and their beak is sharp. They have a formidable reputation. As adults, they have few enemies other than man. Young turtles are preyed upon by hawks, herons, bass, northern pike, snakes, otters…generally any predator that can get its mouth around it. Their eggs are subject to predation by crows, mink, skunks, foxes, and raccoons, to name a few.

The second species of snapping turtle occasionally seen in Nebraska is the alligator snapping. The turtle is usually thought of as a southern species, but they have been found along the Missouri River as far north as Gavins Point Dam.

The alligator snapping turtle is the heaviest freshwater turtle in the world. Although there is no way to verify it, the largest alligator snapper ever recorded was in Kansas in 1937. It was said to weigh 403 pounds. A contemporary specimen was a 16-year resident of the Shedd Aquarium in Chicago in 1999. It weighed 249 pounds.

Besides being larger than their cousins, the common snapping turtle, they can be immediately recognized by three distinct rows of spikes and raised plates on their shell. Common snapping turtles have a noticeably smoother shell. The shell color can be gray, brown, black, or olive-green in color.

Alligator snappers have radiating yellow patterns around their eyes, serving to break up the outline of the eyes to keep the turtle camouflaged. Their eyes are also surrounded by a star-shaped arrangement of fleshy, filamentous "eyelashes".

A very unique trait of the alligator snapper is that the inside of its mouth is camouflaged, and it possesses a vermiform appendage on the tip of its tongue. This “worm-shaped” piece of flesh is used to lure fish literally into its mouth. As soon as a fish touches the “worm” the turtle’s mouth slams shut in thousandths of a second!

Keep your eyes open as you drive around Beatrice. You may just see a snapping turtle waddling along.

Some props to look at tonight between the Lightning and Islanders

Some props to look at tonight between the Lightning and Islanders

Look for the under when it comes to Giannis's points prop

Look for the under when it comes to Giannis's points prop

Beatrice Speedway gets races in ahead of storm

A hot humid night was the feature at the beginning of the third week of racing at Beatrice Speedway, but by the end of the night the competiti…

How to make anyone downwind of your camp jealous

Summertime is the high point of the year for most outdoor cooks. Whether it in the backyard on the patio or camped out on a nice lake somewher… 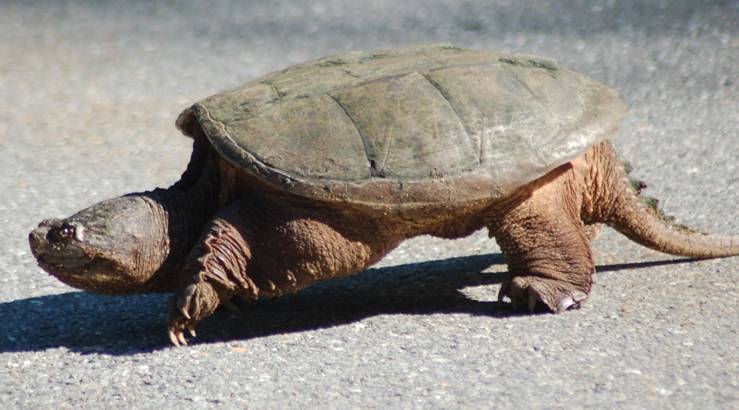 Snapping turtles have almost been a common site around Beatrice lately. They are on the move and crossing roads to get to higher ground and look for good nesting areas. Keep an eye out for them as you are driving around town, especially if you are on a motorcycle or bicycle. Hitting one of these big guys could upset your day.