Updates and news from the Nevada caucus

Coyotes fascinate me. They have been part of the North American landscape for a long, long time. An interesting DNA study I found, done in 2016, indicated that coyotes and Asian wolves diverged from a common ancestor about 117,000 years ago.

I find this particularly interesting because that is about the time than the ancestors of Native American cultures crossed the Bering Sea land bridge into North America. It is known that wolves and coyotes follow nomadic peoples because there are food scraps to be had. Coyotes today also have DNA elements of the Tibetan wolf and the Mongolian wolf which further supports this theory.

Native American cultures knew the coyote well. It was revered by many tribes as a symbol of wisdom; others saw it as a trickster. The coyote’s name probably came from Spanish Conquistadores who corrupted the name “coyotl” that was used by the Nahuatl/Aztec peoples of what is now Mexico and Central America.

When the first Europeans got to North America, they were familiar with wolves in their native homelands and just thought coyotes were smaller versions of wolves they knew in Europe. The earliest written reference to coyotes comes from the Spanish naturalist Francisco Hernández's Plantas y Animales de la Nueva España in 1651. It described the new animal they “discovered” and a variant of a "Spanish fox" or "jackal".

When English and northern Europeans arrived along the eastern seaboard of this continent, coyotes were generally found on the open plains and arid regions of the western half of the continent. As America expanded west, people came in contact with coyotes more frequently. A document from 1750 in Kaskaskia, Illinois, written by a local priest, noted that the "wolves" encountered there were smaller and less daring than European wolves. Another account from the early 1800s in nearby Edwards County mentioned wolves howling. As the human range expanded, so did the coyotes, but mainly eastward.

Being smaller than the European wolf, coyotes were called prairie wolves or brush wolves. Today we know that coyotes are a species all to themselves, but they have adapted to humans and their colonization of their habitat quite well. You can find coyotes from Alaska to Panama and California to Maine.

Coyotes are not just rural animals either. There are large populations of “urban” coyotes in cities like New York City (maybe 30,000), Chicago (maybe 5,000), Seattle (2,500+) and Los Angeles (7,500+). And why are coyotes so numerous in urban settings? They are the ultimate adaptable animal. Just think about it for a moment:

• Bird feeders and fallen fruit around homes can feed coyotes

• Coyotes have also learned that small pets are a food source

It is no wonder that coyotes have been found to have a higher survival rate and longer lifespan in urban and suburban environments. They survive quite nicely with no natural predators and generally no hunting or trapping pressure inside city limits.

However, coyotes can get too used to humans and show little fear. There have been recent coyote attacks on children and adults in Chicago, Seattle and Los Angeles.

Yet, coyotes living in close proximity to us isn’t all bad. Studies have shown that urban coyotes really take a toll on feral cat populations. Fewer feral cats are a definite help to native bird populations in parks and green spaces.

I have called in and hunted coyotes for years. I align my thinking of this animal with the Native American tribes that felt the coyote was a trickster, because they have tricked me many, many times in the past. I have called in and shot numerous coyotes, but for each one I got, I bet 25 more were never seen, figured me out and disappeared.

I believe coyotes are perhaps the most difficult animal to hunt on the continent. When you attempt to shoot or trap a coyote, you either get it or you teach it to never come near humans again. I admire and have a deep respect for coyotes as being the most adaptable animal around and a true survivalist! 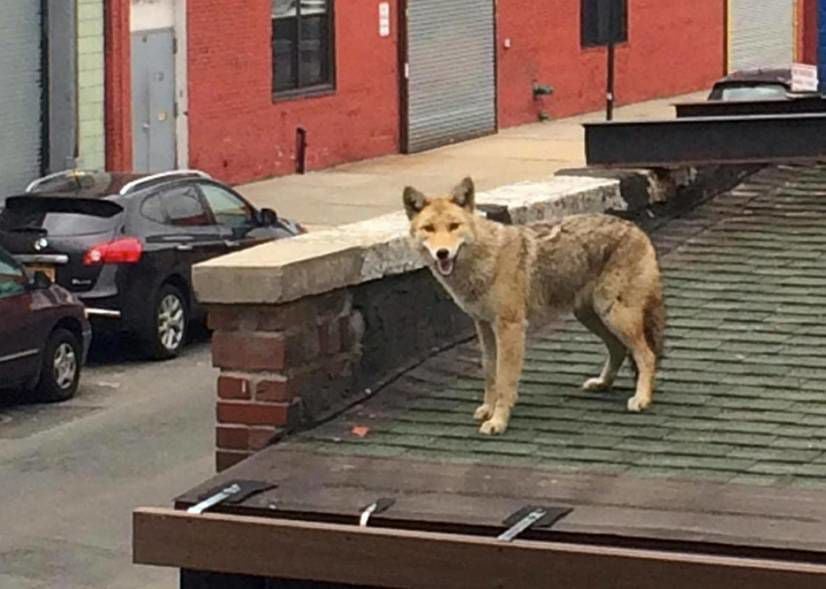 Coyotes are probably the most adaptive animal in the world. They have not only adapted to live within human habitats, they have made urban and suburban habitats they own, The next time you hear a coyote it may just be blocks over from where you are sitting on your patio. Think about what you learned about coyotes right here in the Beatrice Daily Sun.