Become a Member
Read Today's E-edition
Share This
What is the best rifle for deer hunting?
0 Comments
Share this
lnichols

Well, it just happed again…the topic of rifles comes up, and sure enough the question was asked to me this past weekend, “What is the best rifle to use for deer hunting?” Toss out this question at your favorite watering hole or gun shop and if there are 10 hunters present, you will probably get at least seven different answers.

No one rifle or caliber can do everything. If there were a ‘standard’ deer rifle, then there would be only one model and one cartridge. My standard answer for this question is, “The best rifle for deer hunting is whatever rifle you can shoot best!” It really doesn’t matter whether you are shooting a .22-250 or a .460 Weatherby Magnum, being able to put the bullet where it counts is the most critical part of the equation.

If you know anything about bullets and ballistics it is obvious that a .460 Weatherby Magnum is more gun than you need for deer, but something like a .223 or a .243 is a very viable option for smaller statured shooters. I have hunted deer with both calibers and they do the job well. A lot of hunters think the .223 or 5.56x45 round is too light for deer. Over the past decade I have witnessed many deer dropped in their tracks with these cartridges. One of my mentees wanted to hunt with an AR-15 and she decisively took a nice buck with one shot!

I used to think the .22-250, although legal in Nebraska by the required energy standards, was too light for deer. I’ve had my mind and perception changed. I once followed three different hunters on their hunts and each used the .22-250. Two of the deer never took another step when hit. The third deer, a big buck, took one forward step and then collapsed! The .22-250 is a very capable round for deer-sized game.

The .243 has become one of my favorite deer and antelope rounds. It has a well-deserved reputation for accuracy, mild recoil, and depending on the choice of bullet, a very capable rifle for everything from prairie dogs to mid-sized big game. Topped with a quality scope, the .243 is an excellent choice for almost any hunting scenario we would have in Nebraska.

Now, if your deer hunting typically takes place in river bottoms or heavy timber where shots are 100 yards or less, the venerable old lever action .30-30 is tough to beat. Probably the most famous rifle in this category is the Winchester Model 94. The fact that over five million of these rifles have been produced tells you something. Marlin’s Model 336 is a .30-30 and also an excellent rifle. The .30-30 has very manageable recoil and has the power and energy to drop deer, elk and bear sized game. What more could a hunter ask for? It is not a cartridge designed for long shots, but it can hold its own in the hunting world.

Calibers like the .308 and .30-06 are also fine deer cartridges. For years I hunted deer with a .30-06 and it is a fine choice for most big game in North America. The .30-06 has a world-wide following, too. It is very popular with European and African hunters. Over the years, thousands of specimens of plains game in Africa have been taken with the .30-06.

As long as your chosen rifle is in good condition, meets the energy requirements for Nebraska big game hunting and you can consistently put the bullet where you are aiming, you have a good deer rifle.

If you intend to hunt the rifle season, now is a great time to be scouting. Temperatures are mild and deer are only being pressured by harvest activities. They will usually revert to their normal routines as soon as all the farm equipment leaves the field. All deer, regardless of where you hunt, need the same basic elements to survive: shelter/cover, water, food. If you do your scouting and find the areas that provide these needs, you will have a good chance of being successful.

Next, I search for food sources…days are growing shorter and temperatures get cooler. Growing season has stopped and deer instinctively know winter is coming. At this time of year deer began to feed more, both in volume and more often. Crops like corn and soybeans are ripe now, just when deer need them. I look for heavy trails where deer enter and exit the fields.

When I watch/scout deer I make a note of where they are coming from, where they are going and where they stop to forage. I then attempt to back track them to their bedding areas. Bedding areas are usually a constant thing. Deer may change their travel patterns or food sources due to harvest or movement of people in the field, but they will continue to use the same bedding areas unless disturbed. These are normally deep, dark tangles of vegetation. Look for the densest brush and you will likely find deer.

Good luck on all your deer hunts!

Sources: Scott Frost has been in contact with former Husker QB Mickey Joseph for staff opening

Mickey Joseph has spent the past five seasons as an assistant at LSU, where he's coached and recruited some of the country's best receivers.

Did you get your deer, yet?

I think I had 10 texts and email messages asking me this when I got back from deer camp Sunday evening. I’m sure that many of you who hunt dee…

A certain local columnist is extremely interested in whether Scott Frost can right the Big Red ship, which indicates a belief it still can happen.

Bill Busch joined Nebraska's staff in February as a defensive analyst. Could he become the Huskers' next special-teams coach? Don't rule it out.

'This is why you come to Nebraska:' After early slide, Huskers have shot to win Big Ten title

The winner of Friday’s match between No. 5 Wisconsin and No. 11 Nebraska will clinch at least a share of the Big Ten title.

Nebraska coaches will spend a significant portion of the time between now and Dec. 15's early signing period on the road recruiting and hosting players on visits back in Lincoln.

Players and volunteers get ready for Arab Cup

Players and volunteers get ready for Arab Cup 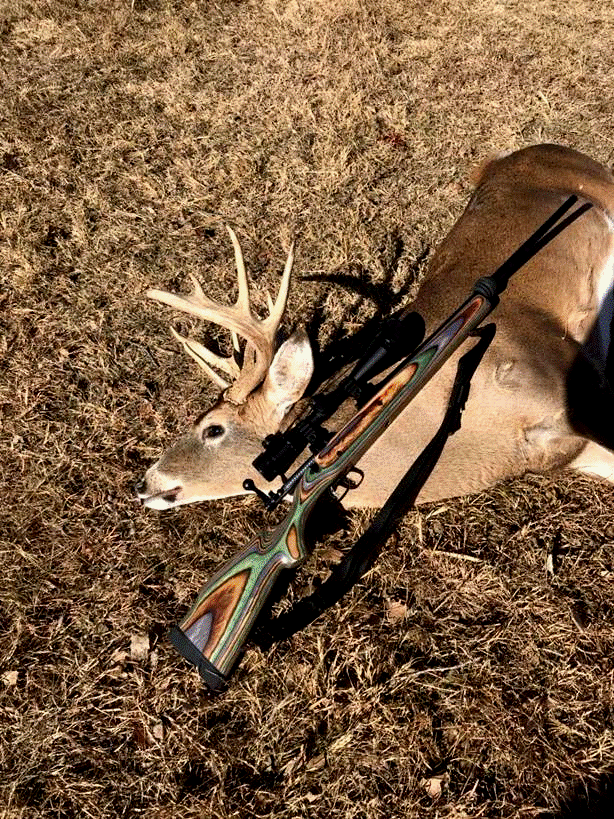 The model of rifle or the caliber has little to do with successfully taking a deer. What matters is whether you can put the bullet where you want it to go. As long as your rifle meets the required energy specifications to be legal in Nebraska, it is a good deer rifle. Now is the time to settle on what you will use for the season and practice! Deer season is just a little more than a month away!